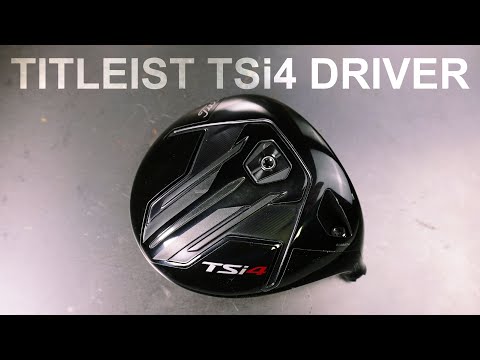 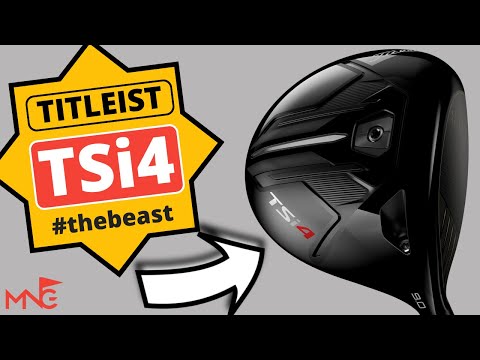 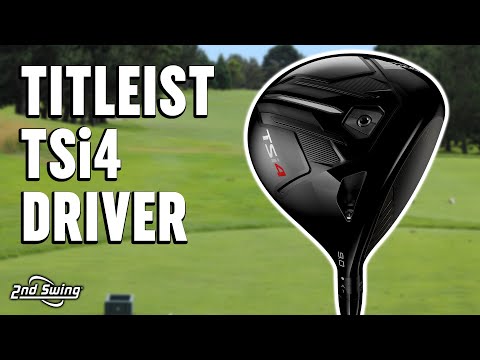 Add your review
Golf ClubsGolf Drivers Add to compare
The new TSi4 driver has a compact pear-shaped head profile which is engineered for maximum distance performance. It has a low and forward centre of gravity position to neutralise spin for longer and straighter drives.

The driver has advanced aerodynamics to provide increased speed, with ATI 425 Aerospace Titanium in the face which is accurately tuned for speed at every point of contact.

Attack every drive with better control. The TSi4`s inertia delivers speed and tighter spin across the full-length of the face to give you more confidence to hit every drive.

The low forward-facing CG position helps to reduce spin, which is ideal for players who have high spin rates. paired with increased ball speed performance for distance performance straight and long off the tee.

The driver comes with a premium shaft option and SureFit adjustability. This hosel allows you to fine-tune performance according to personal preference or conditions to benefit you as a player.

americangolf.co.uk
out of stock
See it

thegolfshoponline.co.uk
out of stock
See it
Price history
×
Pricing Details
Add to wishlistAdded to wishlistRemoved from wishlist 0
Last updated on 3rd February 2023 8:15 pm

Golfers invariably opt for Titleist drivers because of their unquestionable high performance. The new 2021 TSi 4 Driver (Titleist Speed Impact) has yet again seen significant improvements over previous models. The TSi 4 has been developed for the player who struggles with excessive-high spin and seeks a considerable reduction in RPM’S for straighter, long-distance drives. The TSi 4 features a slightly smaller pear-shaped 425cc head with low, forward Centre Of Gravity for achieving neutralised spin at impact. The TSi 4 driver is aimed at the purist who can find the middle of the club consistently.

Faster ball speed together with more forgiveness and the introduction of the variable thickness clubface gives you greater distance from the tee. The 425cc clubhead is slightly smaller than the other drivers in the TSi range. Manufactured using ATI 425 alloy that provides massive performance benefits, the incredibly strong alloy maintains elongation under very high stress, allowing optimal thickness of the entire face that was simply not possible before. Increased ball speeds are observed over the entire surface and not just heel and toe strikes but low and high hits also. ATI 425 is not an easy material to obtain, usually only used in aeronautics and military-grade equipment, this alloy is not cheap but benefits to the golfer go way beyond anything ever seen. The ATI logo is proudly inscribed into the face of the TSi 4 Driver. The face design almost looks like the old persimmon drivers of years gone by, the middle of the face frames the ball beautifully. Each club is individually tested to measure tightness and tolerances, this is very impressive and you know you will be getting a driver that is designed and manufactured to exact specifications.

Titleist’s popular Surefit hosel is fitted on the TSi 4 driver. This multi-changeable hosel allows you to fit the club to your particular needs. It does this by allowing you to either increase or decrease the loft and/or lie of the club in 0.75 degree increments. The loft can be increased up to 1.5 degree and de-lofted by 0.75 degrees from standard. The same principle exists for the lie of the club with a maximum of 1.5 degrees more upright and 0.75 degrees flatter than standard. The TSi 4 driver is available in 8.0/9.0/10.0 loft options for right handers and in 9.0 degrees loft for left handed golfers.

Be the first to review “Titleist TSi4 Driver” Cancel reply

£95.00
Add to compare
Search for Products about to be listed
Deals of the day